If you read, chances are at some point in your life you’ve wanted to write. Maybe the memoirs of your cat (please don’t) or a vampire romance (god no) or something tasteful, like the romantic memoirs of your vampire cat (now we’re talking!).

Maybe you started writing it. Maybe even got to page two. Or maybe it’s done and you’ve published it and Hollywood has optioned it with Scarlett Johansson to play your sexy vampire cat and Liam Neeson’s people called and he wants the leading man role but only if he can punch the cat and…

Oddly enough, writing is the easy part, it’s the reading it back that kills. Because when you read it, it sucks. So you give up and throw it away and probably blame your not-really-a-vampire cat. But not so fast…

Hemingway said, “All first drafts are shit.” He should know, he wrote gobs of books, most of them pretty damn good. And they all started as shitty first drafts. So go ahead, give yourself license to write shit. In fact, here’s a license for you to download: 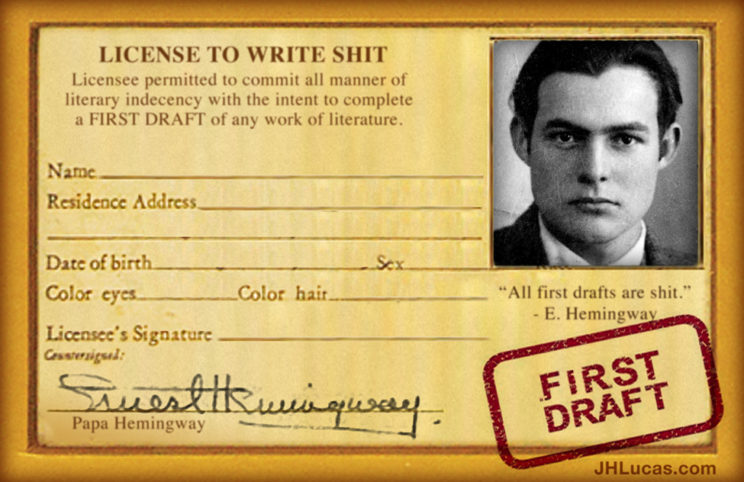 Just print it out, fill in your info and sign it. And from now on, anytime you write something and say “this is shit,” you’ll know you have Hemingway’s blessing.

My little brother & I took a photo of an alien!