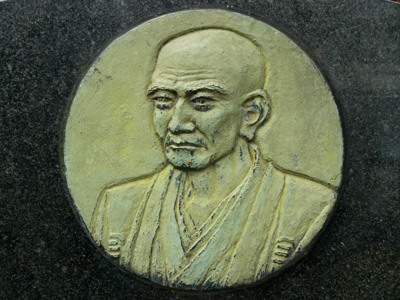 Death in the middle of life: secrets of a samurai

Watch out! This guy is guarding a secret… 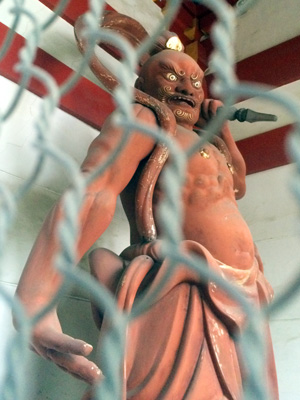 It’s the Zenkoji Temple, a Buddhist temple from 1601, before Buddhism split into different sects. We stumbled upon it, quite by accident, on our way to a business meeting. It’s hidden in the middle of the Aoyama district… 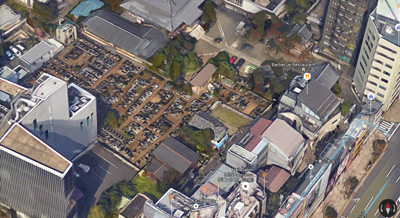 This Google 3D map shows how it’s tucked back behind everything. On a busy Tokyo street, there’s a narrow gap between buildings, where an alley leads to this entrance: 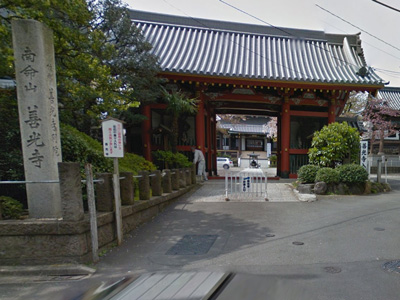 Once you pass guardian Scary-san and his equally scary friends, it opens into a large courtyard with the main temple: 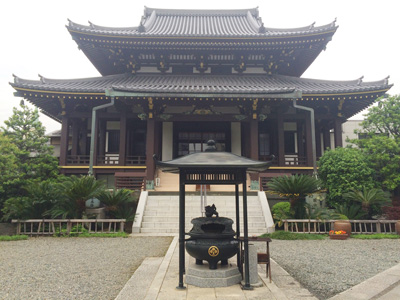 To the right is a smaller pagoda with a large bell that’s struck by what appears to have been a tree at one time. To the left is this smaller shrine: 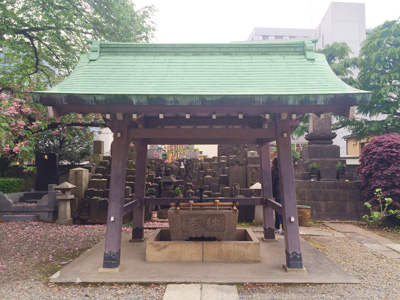 Behind that are these graves: 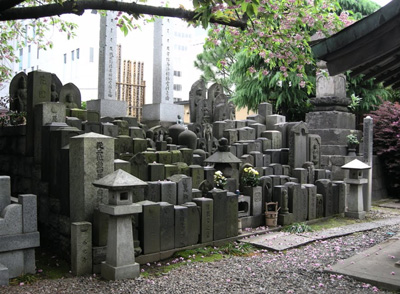 And behind that is a path into traditional Japanese cemetery. It’s a pebble path winding through rows and rows of ancient headstones, with wooden stakes that the monks paint prayers on, for the dead. A very sacred and spooky place. It didn’t feel right to take pictures but I found this on the interwebs: 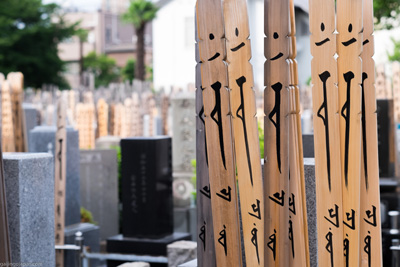 The most famous person buried there is the samurai rebel Takano Chōei (1804-1850). He wrote a book criticizing the government for firing on an American merchant ship in 1837. He was sent to prison for five years. Then he set it on fire and escaped!

He was finally caught in 1850. Rather than face execution, he killed three policemen with his bare hands before he was either beaten to death or cut his own throat — it’s not clear exactly how he died. And they never found his body. So it’s not really his grave, more like the ghost of his grave.

Tokyo is full of these glimpses of its history, if you know where to look. And even if you don’t…